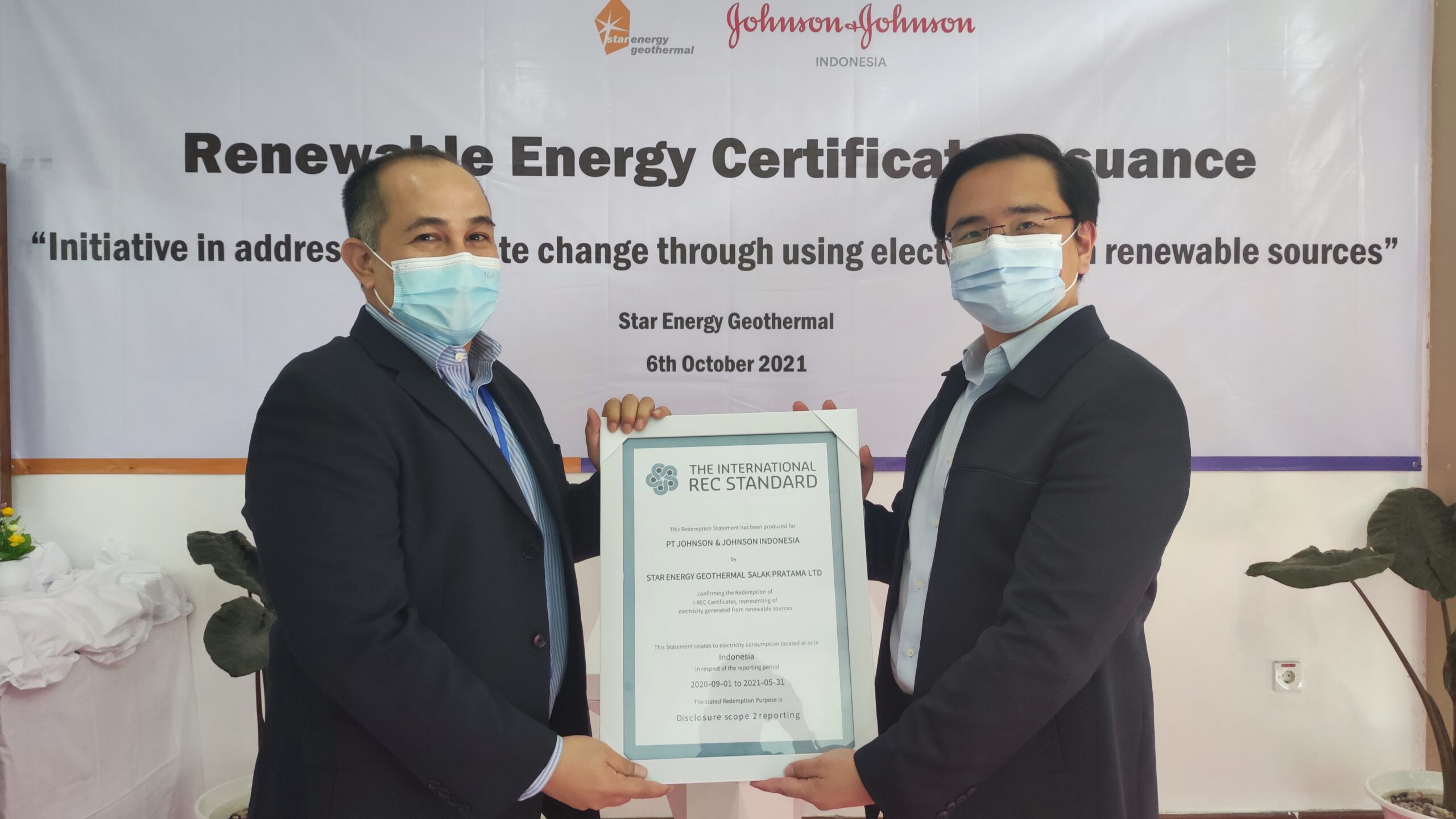 At the same time, PT Johnson & Johnson Indonesia’s Director of Supply Chain Management explained that a global initiative has brought together the world’s most influential businesses to make a full transition to using energy and electricity from renewable sources. “After optimizing electricity consumption at our warehouse facilities, we purchased renewable energy certificates (REC) to further reduce greenhouse gas emissions and support companies that produce green electricity from Indonesian soil such as Star Energy Geothermal. This collaboration is the beginning of the journey towards realizing Johnson & Johnson’s commitment to establish a green supply chain in Indonesia,” explained Adi Prabowo.

Johnson & Johnson has a longstanding commitment to climate action, which includes two decades of setting and achieving public environmental performance and carbon reduction goals. The Company’s current climate goals will accelerate its transition to 100% renewable electricity and carbon neutrality for global operations, while also partnering with suppliers to reduce upstream carbon emissions.

Star Energy Geothermal’s commitment to developing new and renewable energy is manifested in the Company’s mission to generate 1200 MW of electricity by 2028 from clean and environmentally friendly energy sources. With unparalleled geothermal expertise and deep stakeholder partnerships, Star Energy Geothermal is committed to advancing Indonesia and the world towards a more responsible form of energy to make tomorrow brighter.

A REC is an Energy Attribute Certificate (EAC). Through the use of EACs, end-users around the world can make reliable claims about their energy usage such as: “my factory runs on 100% renewable energy”, “our products are made with 100% wind energy” and “our global electricity usage causes zero end-of-pipe emissions”. It is an accounting instrument that certifies the production of an MWh of electricity along with factual characteristics of how, where, and when the electricity was produced.